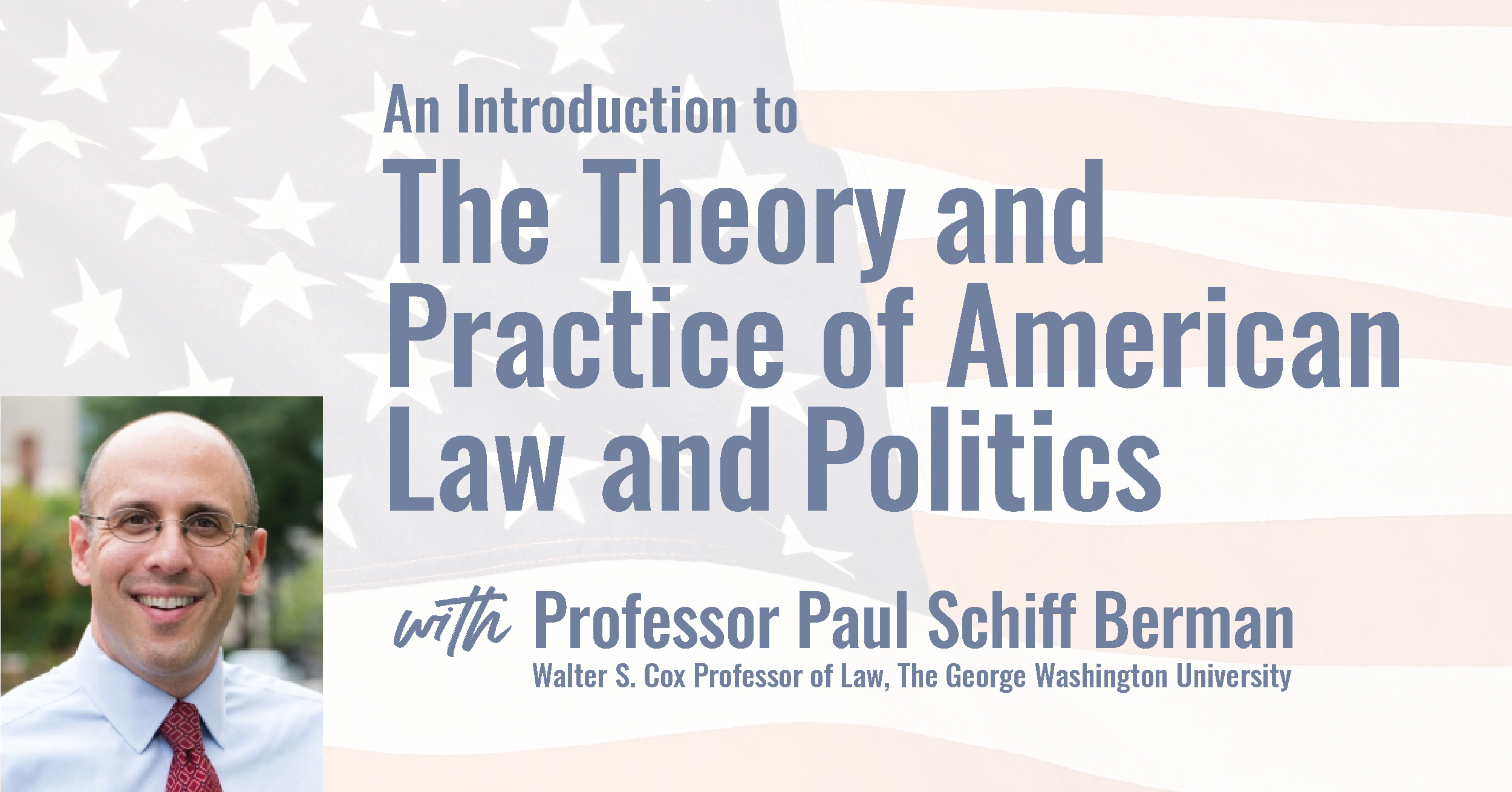 Professor Paul S. Berman continues his overview of constitutional law in our times with a multi-part series on the future of American democracy. No background knowledge is required, though there will be suggested reading assignments.

Paul Schiff Berman serves as the Walter S. Cox Professor of Law at George Washington University. He previously served as the dean at both the George Washington University Law School and the Sandra Day O’Connor School of Law, and as the Jesse Root Professor of Law at the University of Connecticut school of law. School of Law. He clerked for Chief Judge Harry T. Edwards of the United States Court of Appeals for the District of Columbia Circuit and Justice Ruth Bader Ginsburg of the Supreme Court of the United States. Prior to entering law school, Professor Berman was a professional theater director in New York City. Read more about Professor Berman here >>